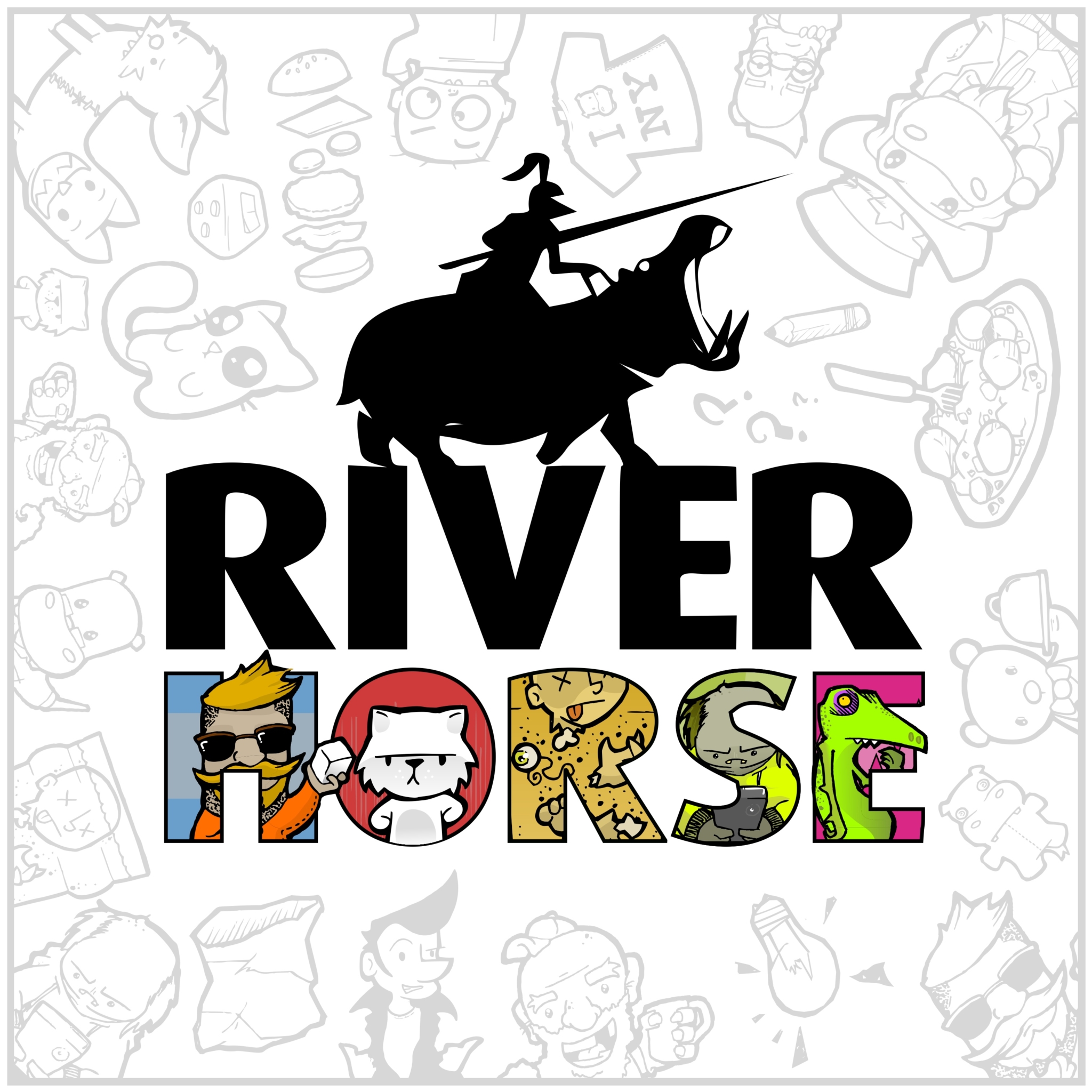 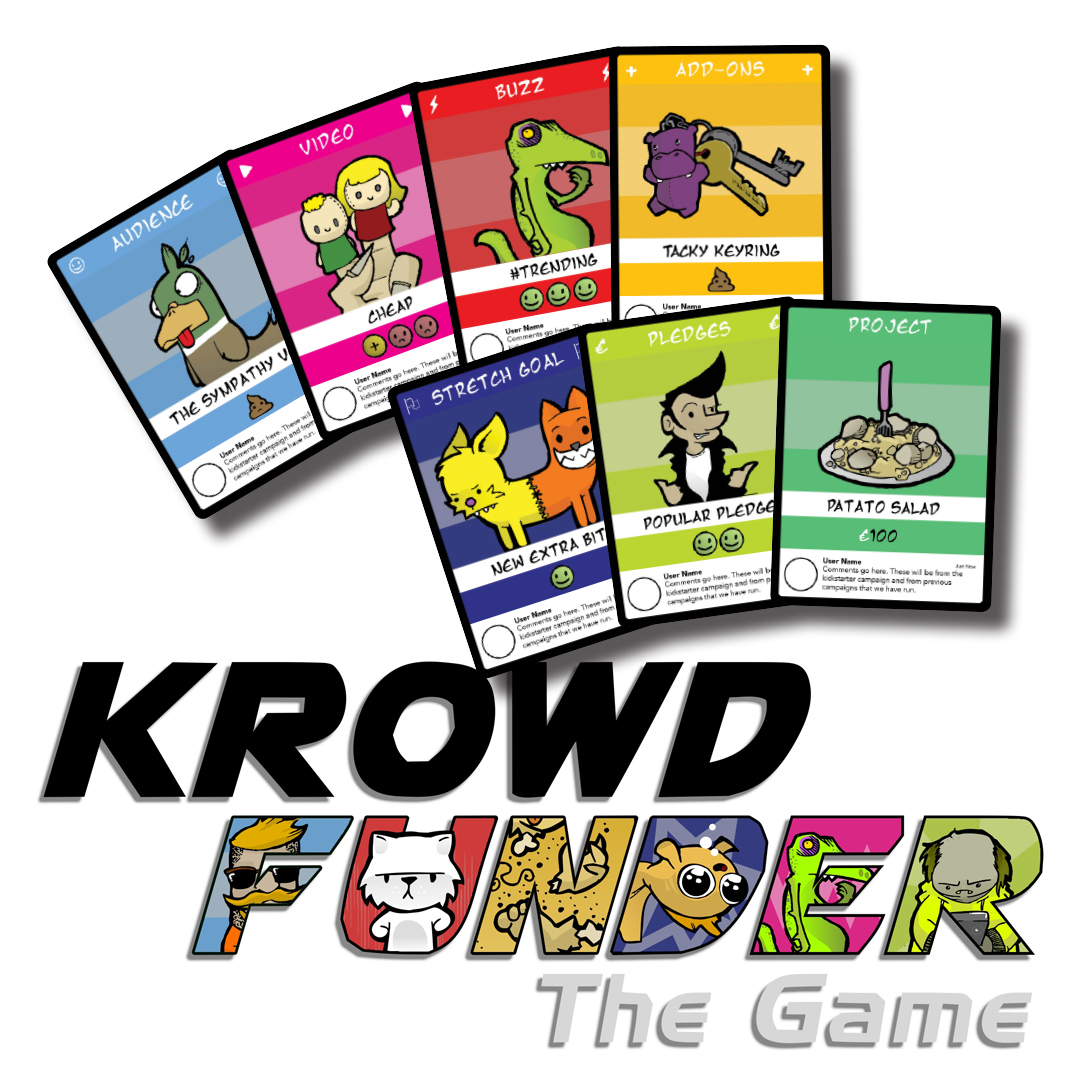 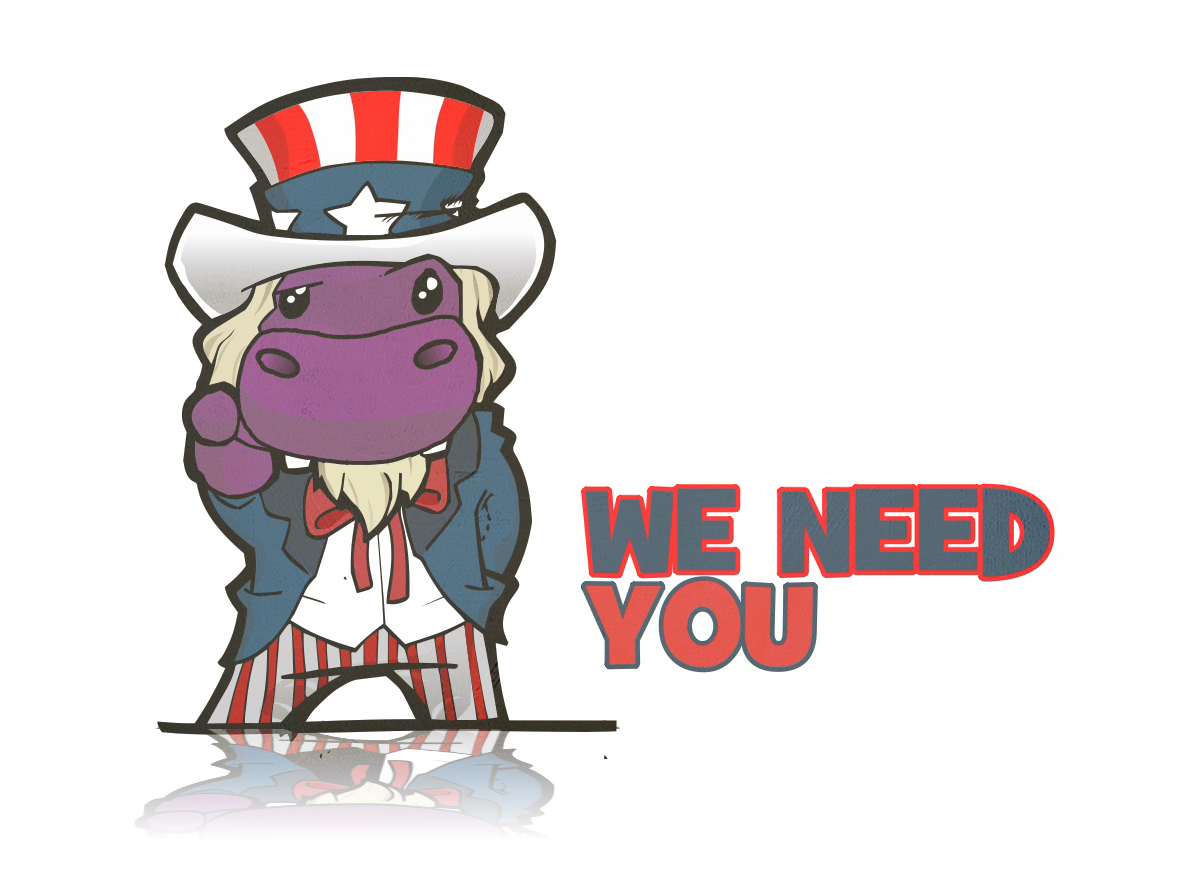 Welcome to Krowdfunder – the crowdfunded game about crowdfunding. In this game, players try to successfully fund as many projects as possible through a simple mechanic that recreates the rollercoaster experience of running crowdfunding campaigns.

Basically, you are creating a campaign for a project and are trying to make it as successful as possible, maximizing the two key factors of any crowdfunding campaign: the number of backers and the pledge that each backer is going to make.

At the setup of the game, players are given a starting hand of campaign cards, a draw pile is made with the remaining cards. A selection of audience cards are placed in the centre of the table for the players to see, which are flipped before the game starts so players have to try and remember where the best of these cards are.

Players take turns to draw a card from a central draw pile; there are five different suits of cards that players are trying to collect to generate enough money to meet their funding goal. The suits are: pledges, stretch goals, add-ons, videos and buzz! Each campaign card depending on its type will provide the player with either coins or backers, multiplying the number of each together gives the player their funding total.

Mixed with these campaign cards there are also special action cards that allow players to interact with other players and the game further to help them get the cards they need.

Once a player has collected a set of the required cards, they are able to launch their project, declaring this to the other players as everyone tries to grab an audience card from the centre of the table to help them meet their goal.

Once a player has successfully funded projects worth 40 coins, they are declared the winner. 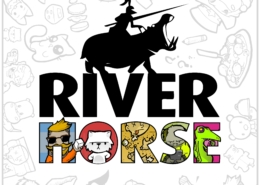 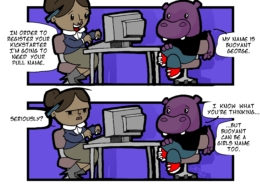 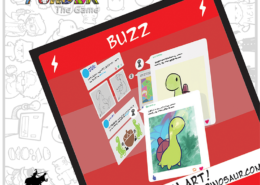 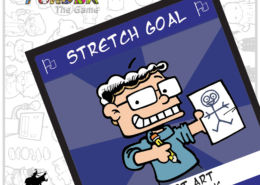