Take a look at the Hunter Killers for Terminator Genisys

“Some horrors came in human skin, those were the worst. Before them though there were others, machines like spiders crawling through vents and getting into foxholes, silent drones waiting in the skies ready to throw molten death upon us. We called them Hunter Killers, it was then we learnt that the machines had become the predators of this new world, we were their prey.”

Today we are giving a quick peek at the two new units, the Drone and the Spiderdog to hunt down the resistance from below and from above.  Both of these units are available for preorder now(Drone, Spiderdog and both as a combo!)! Each unit can be equipped with either a plasma gun, a flamer or a missile launcher as shown:

The “Spiderdog” as it is referred to by the resistance is an early but effective quadrupedal combat unit, with less power than the traditional Endo but more in the way of speed and versatility, able to traverse rough terrain with ease.

The Drone takes a different approach to terrain by ignoring it altogether and taking to the skies! 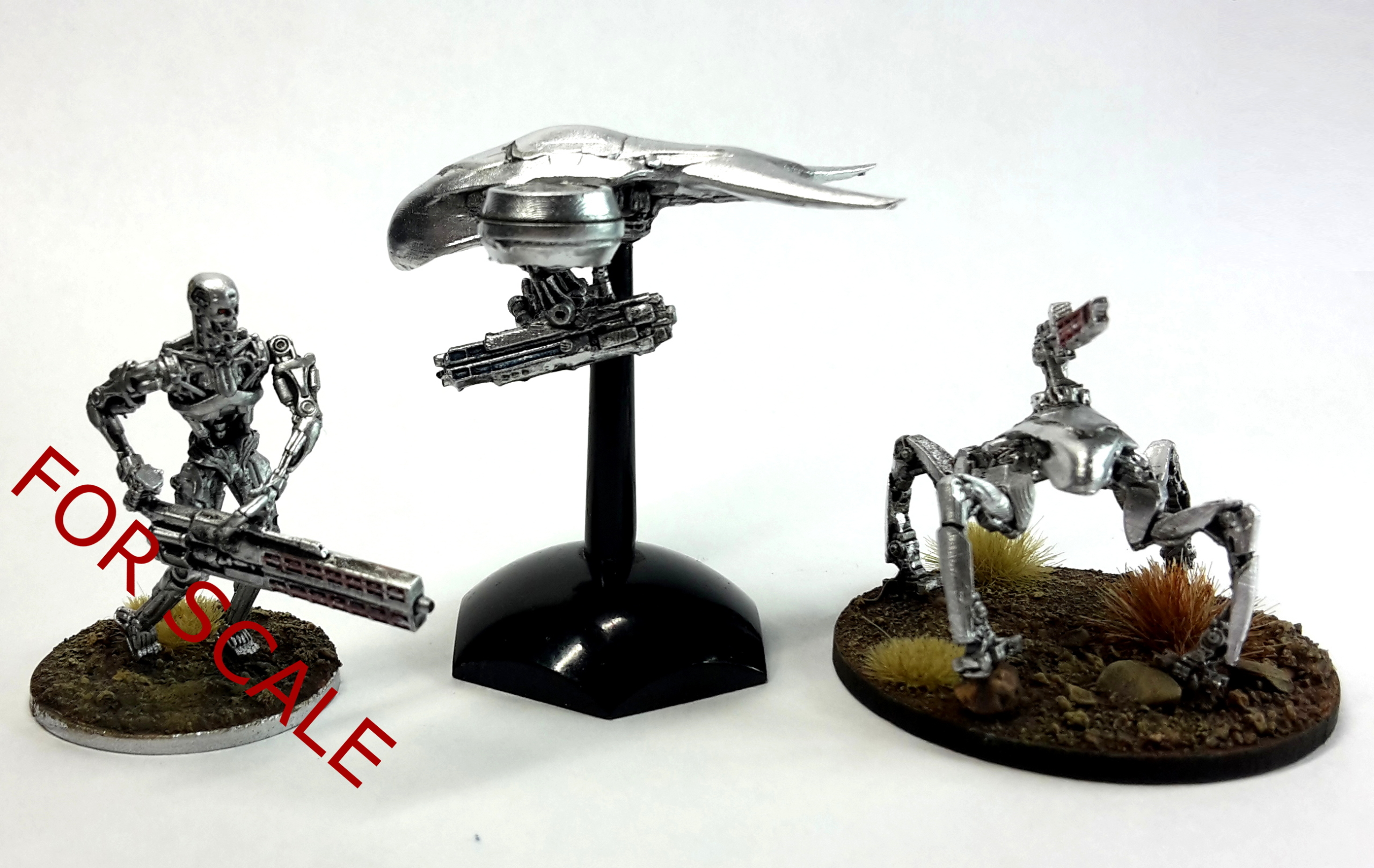 Take a look at the Board for Jim Henson’s Labyrinth: The Board Game