In now-distant 2014, I came up with the idea of designing a game based on the most famous of battles, Waterloo, on the occasion of the 200 years anniversary of the battle.

My intent was to create a modern take on classic hexes-and-counters historical board games. I wanted to have great-looking counters and very slim, fast-play rules. After all, our company’s motto is ‘Sophistication through Simplicity”! 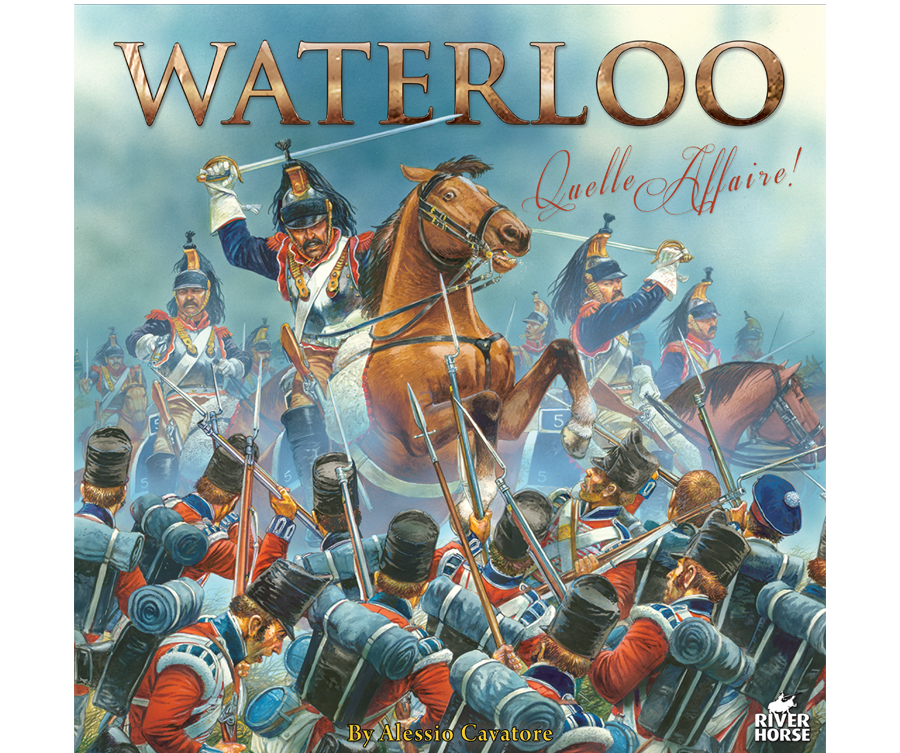 First of all, I did a lot of research into the battle, consulting many (all?) of the Osprey books on the battle and campaign leading to it, as well as several other ponderous tomes, first amongst them, and highly recommended, the invaluable Waterloo Companion by Mark Adkin.

In order to make the game faster and less daunting, I decided that it would be at divisional level. Each counter representing an entire division meant that the number of counters that each player had to control would be relatively small.

Also, to help with playability, I would not allow the players to move all of their counters every turn. To limit this, I developed an activation system based on cycling through a deck of cards – these cards represented Command&Control, using divisional commanders, army commanders, and some other special order cards.

As well as fragmenting the movement and combat into small, self-contained moments, the cards also allowed me to introduce colourful historical quotes and moments that add a lot of character to gameplay. Check for example the: “By God, Sir, I’ve lost my leg. By God, Sir, so you have.” or the film-inspired: “We shall match them with our lancers!” I challenge you to read those without overdoing the accents!

Finally, to give both variety and replayability to the game, I developed a ‘Night before the battle’ version of the game. Instead of starting with the forces deployed as they started the battle in history, the players can decide to set-up the forces in a non-historic fashion, playing a little mini-game which represents the armies getting into position in the limited visibility of the rain-soaked night before the battle. 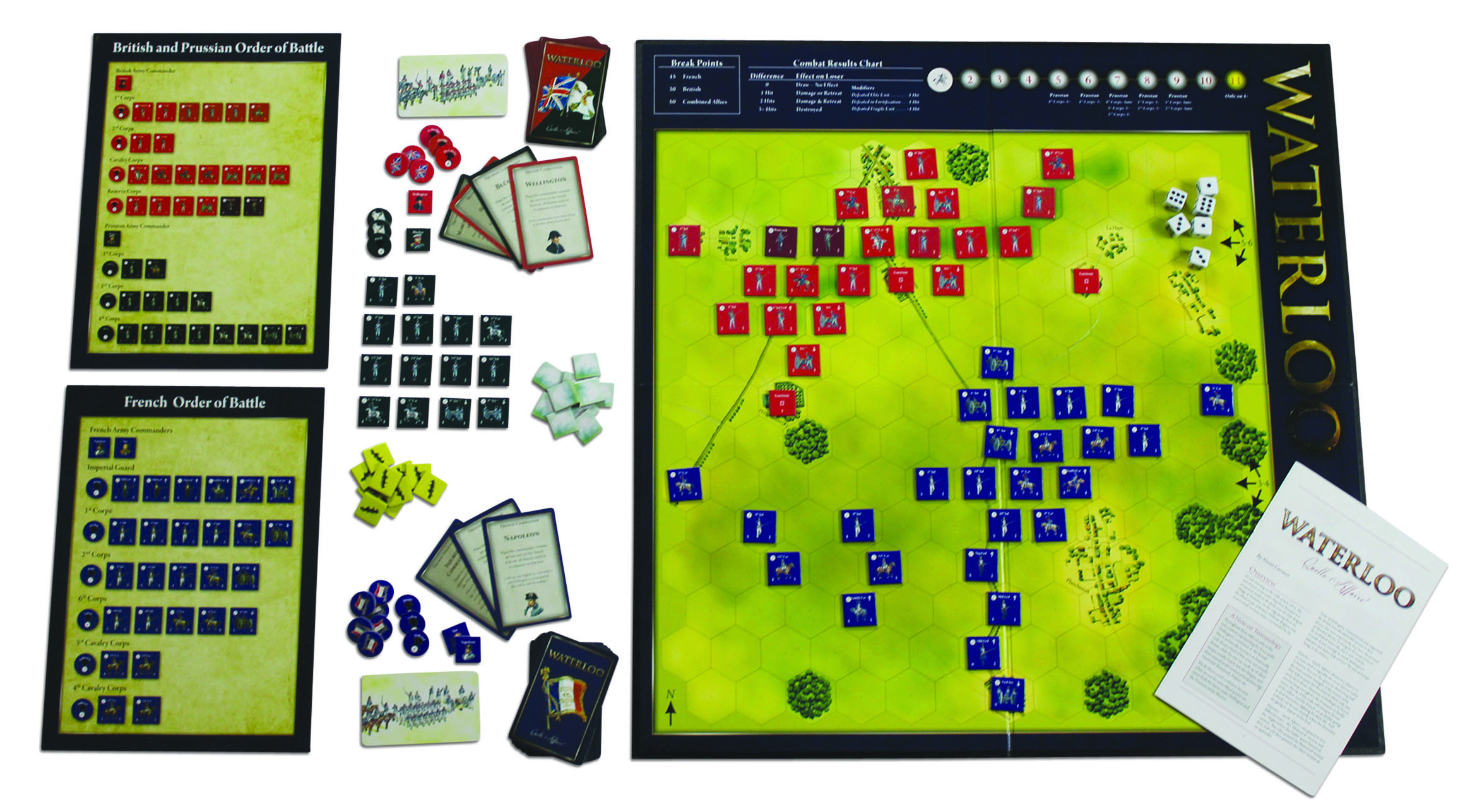 When it came to choosing an artist to illustrate the game, I had no doubts in my mind – it had to be Peter Dennis! Peter’s work on many boxes of toy soldiers of my friends at Perry Miniatures and Warlord Games and on many Osprey books, as well as having met Peter in battle over many historical wargames, mean that in my mind he is the go-to artist for historical military artwork.

To my great joy, Pete accepted to do the artwork for Waterloo: Quelle Affaire. So he did the map, the counters, the cards and the amazing cover art! I’m sure you’ll agree with me that the game looks gorgeous. In particular, we made sure that the hexes on the map, and therefore the counters, were large enough to do justice to the colourful and historically accurate soldiers that Pete has drawn for them. 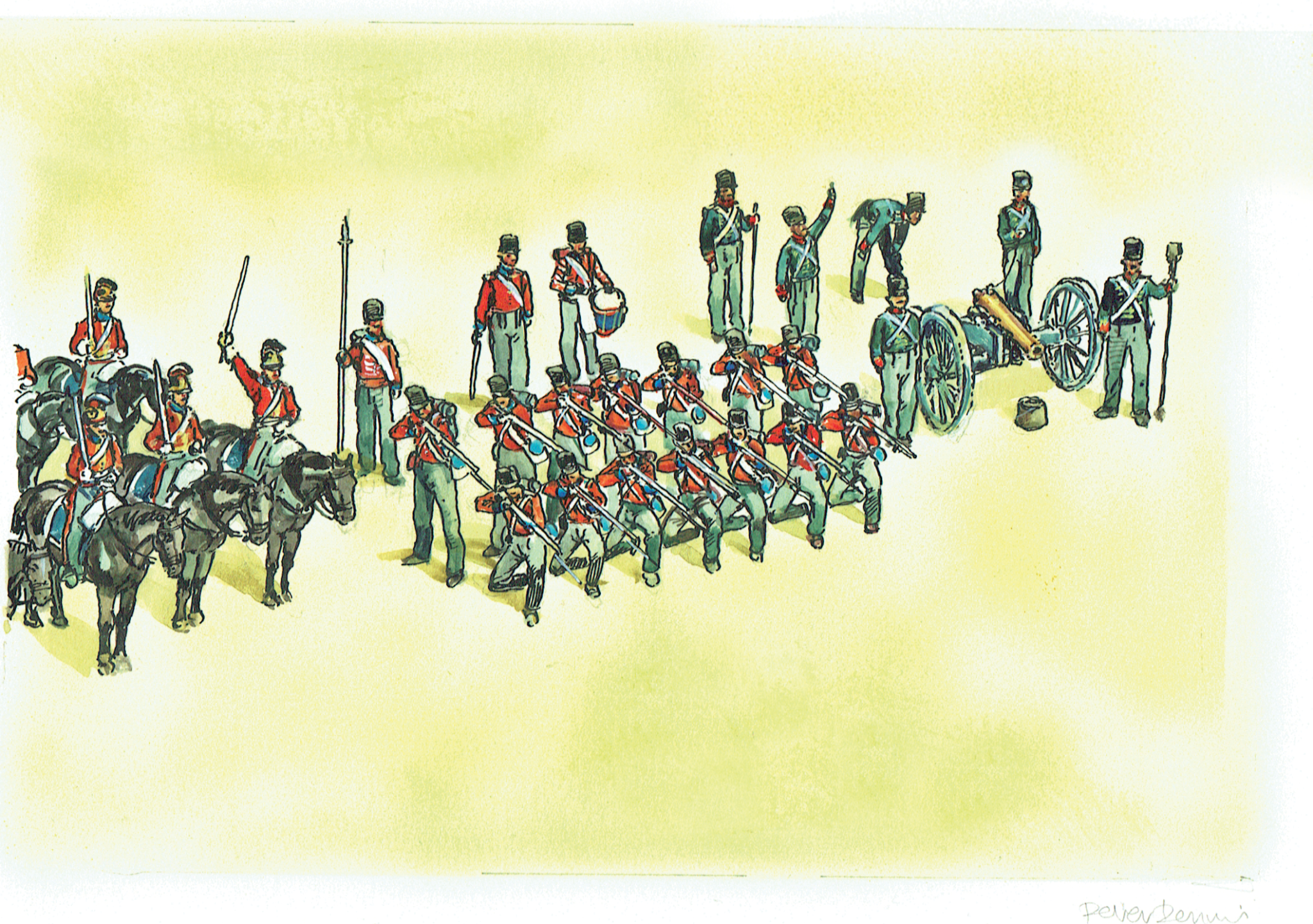 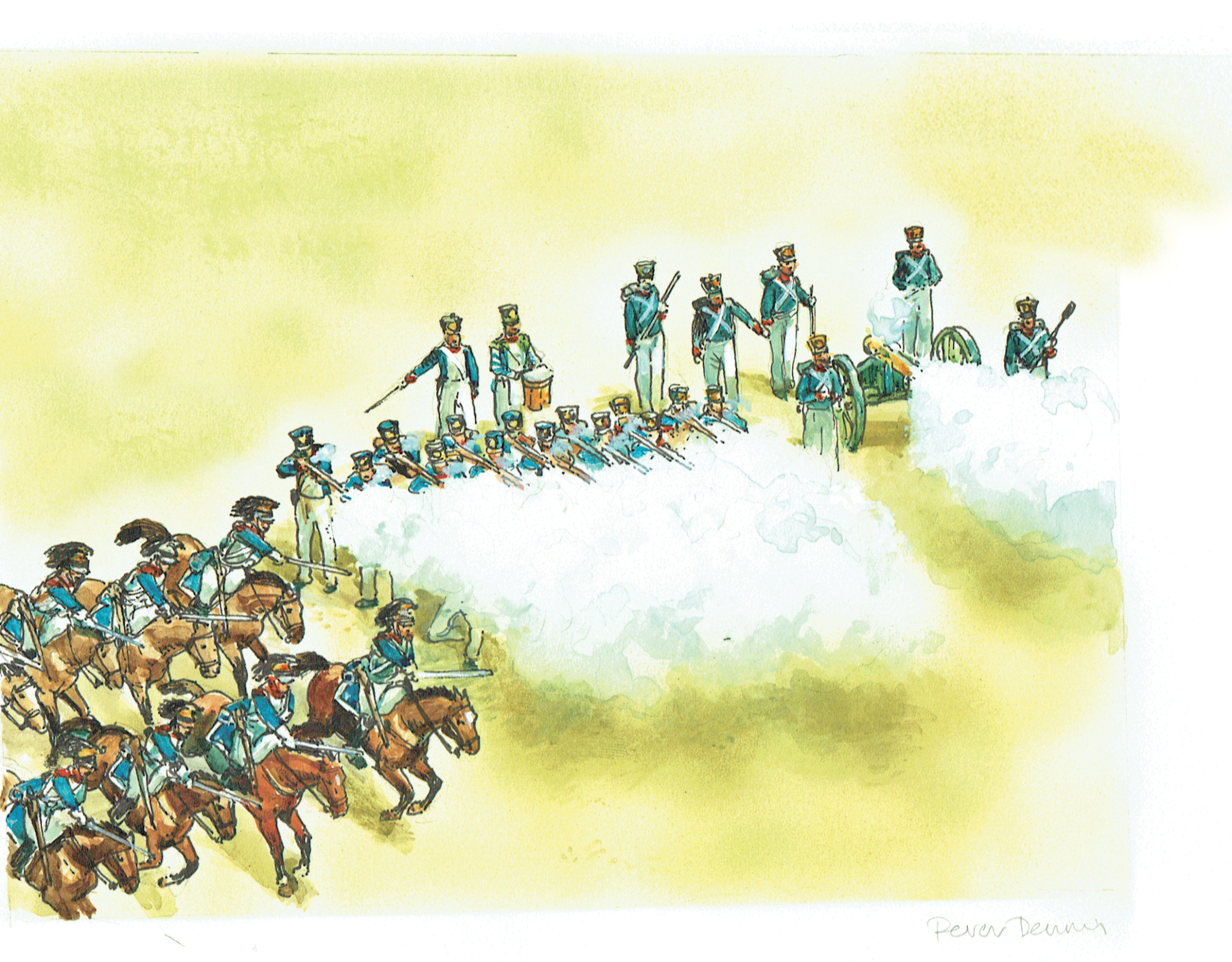 Writing the title again above reminded that often people have asked me to explain the title of the game. Initially I wanted to call the game something like “Waterloo, 200”, in occasion of the bicentenary, but someone else had already thought of that and released a game with that tile.

So I’ve gone for something a bit more evocative of the spirit of the game, using a quote from the battle itself.  Allegedly, ‘Quelle Affaire!’ (French for ‘What a business!’) were the words uttered by Blucher, the commander of the Prussian army, when he finally met Wellington (commanding the Anglo-Allied forces) on the field after the end of the battle. Apparently, Blucher did not speak English and Wellington did not speak German, so they used the only common language for the two men, which was the language of the nation they just fought. The irony of that detail, as well as the total understatement of words that carry the nuance of ‘What a bit of bother that was’ on a battlefield covered in tens of thousands casualties, are in my opinion a great testament to the absurdity of warfare, and thus a title that conveys the spirit that the game has been written in.

If you want to check out the game, I think a good place to do so is this video on the River Horse YouTube channel, featuring the guys of OnTableTop engaging in heated (and hilarious) battle under my direction.