Not many people know that tarot cards were not always used for divination. In fact, that use was only developed in the late 18th century. Before that, since the late Middle-Ages, tarot was a card game. In a few countries, particularly France, it still is. I have played it and enjoyed it when visiting my relatives in France as a child. 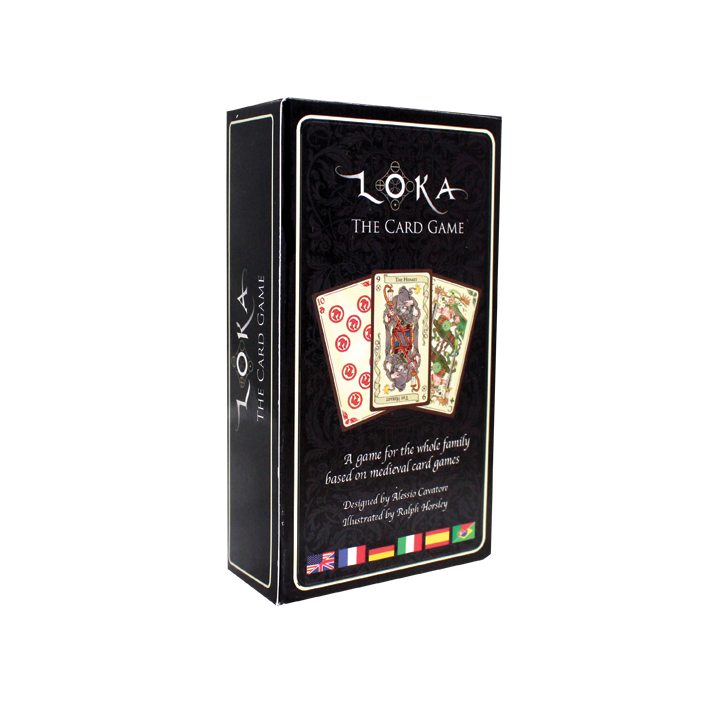 The minor arcana are very similar to a deck of playing cards – four suits of cards numbered 1 to 10, plus face cards. The main difference is that in a tarot deck the face cards are four rather than three, because as well as the Jack, Queen and King, there is a Chevalier (Knight), which sits between the Jack and the Queen in the hierarchy.

The major arcana then are effectively a suit of twenty-two cards, numbered from 0 to 21. The major arcana depict traditional characters, which vary depending on the period and the nation the deck comes from. They are the ones that often inspire artists to create a new version and are normally the ones that are used for divination.

A few years ago, after developing the Loka board game, I thought that it would be very cool to create a card game inspired by that original (and very good fun) tarot card game I played as child in France. I still remember my old uncle concluding every session with the same sentence: “Tout le monde a bien joué. J’ai gagné.” (“Everybody played well. I won”).

So I took what I remembered of the game, added a couple of new major arcana for variety and simplified the rules to make them more accessible to a wider audience. French tarot is actually quite a complex game, similar to Bridge in many ways. I kept some of that complexity in additional optional rules that more veteran players. However, the base game is simpler, as I was very keen it was going to be playable by families, as I enjoyed it when I was little, and now as an adult it was very good fun to play it with my wife and daughter. 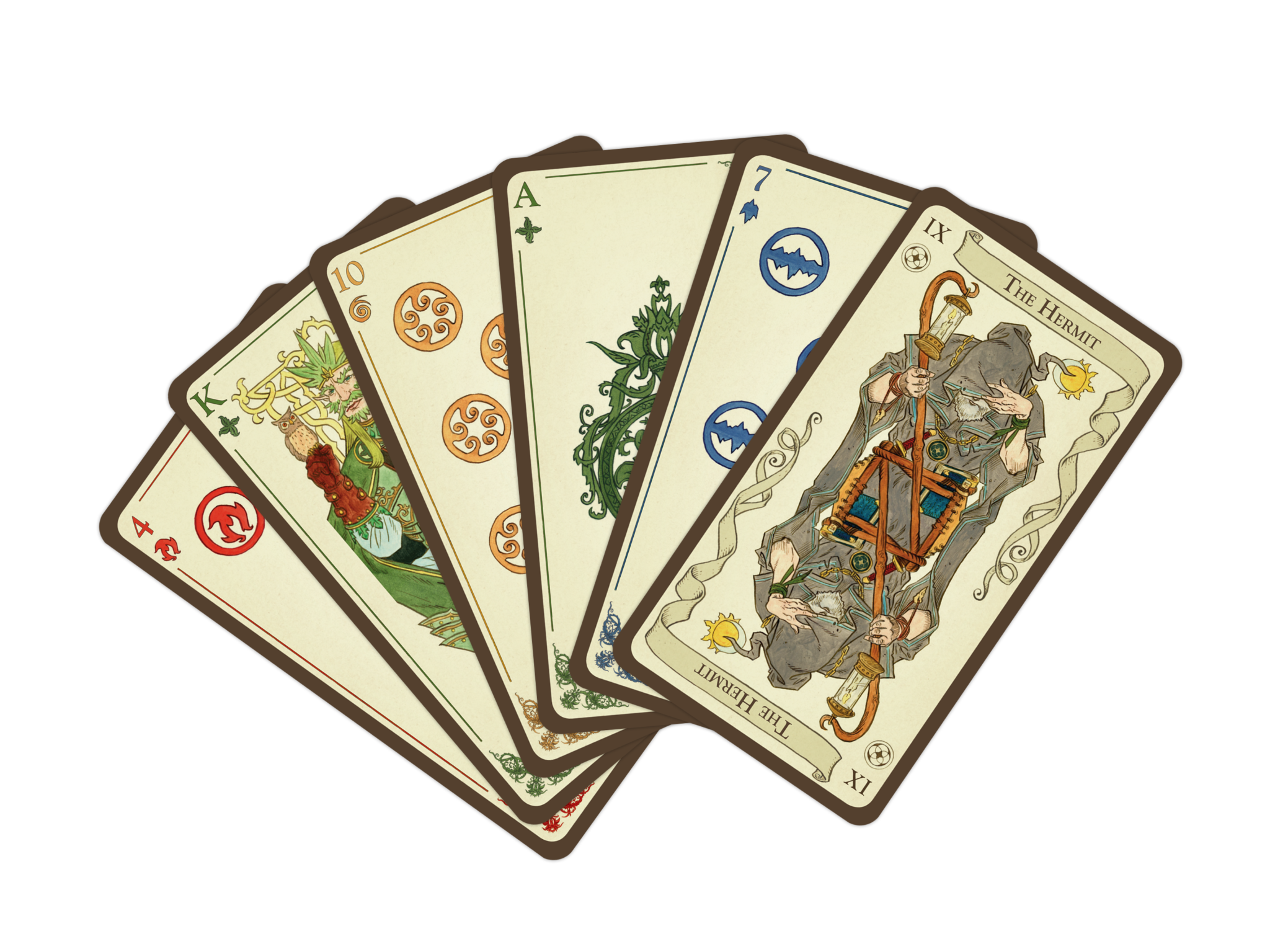 Speaking of the artwork, I wanted to create a fantasy version of the traditional tarot artwork, one that was free of all religious and divinatory connotations. I approached Ralph Horsley, a very talented and experienced fantasy illustrator I had the pleasure of working with before. The idea I put to Ralph was to illustrate the deck with fantasy versions of traditional tarot imagery, based on the Loka board game miniatures and artwork, while keeping the ‘olde worlde’ feel of the medieval artwork.

The Loka board game setting was perfect for the Loka card game, because it included four elemental armies, which would match the four suits of minor arcana. As the Loka board game contains elemental chess pieces, it was fantastic that the King, Queen, Jack (pawn) and Chevalier (knight) were actually matching the chess pieces! For example, if the pawn of the Earth army in the board game was a Celtic warrior dwarf, the Jack of the Earth suit in the card game was a beautiful piece of artwork depicting a medieval rendition of a Celtic warrior dwarf. 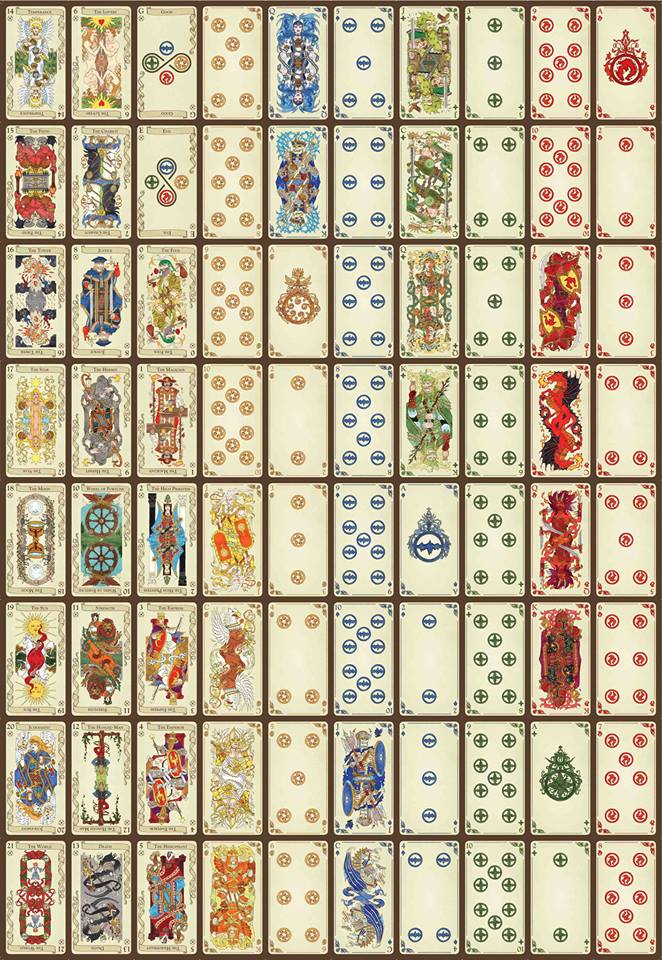 So, with Loka we designed a gorgeously illustrated cards that had at least four different uses:

If you want to have a look at the amazing cards in the deck, you can see them all here.